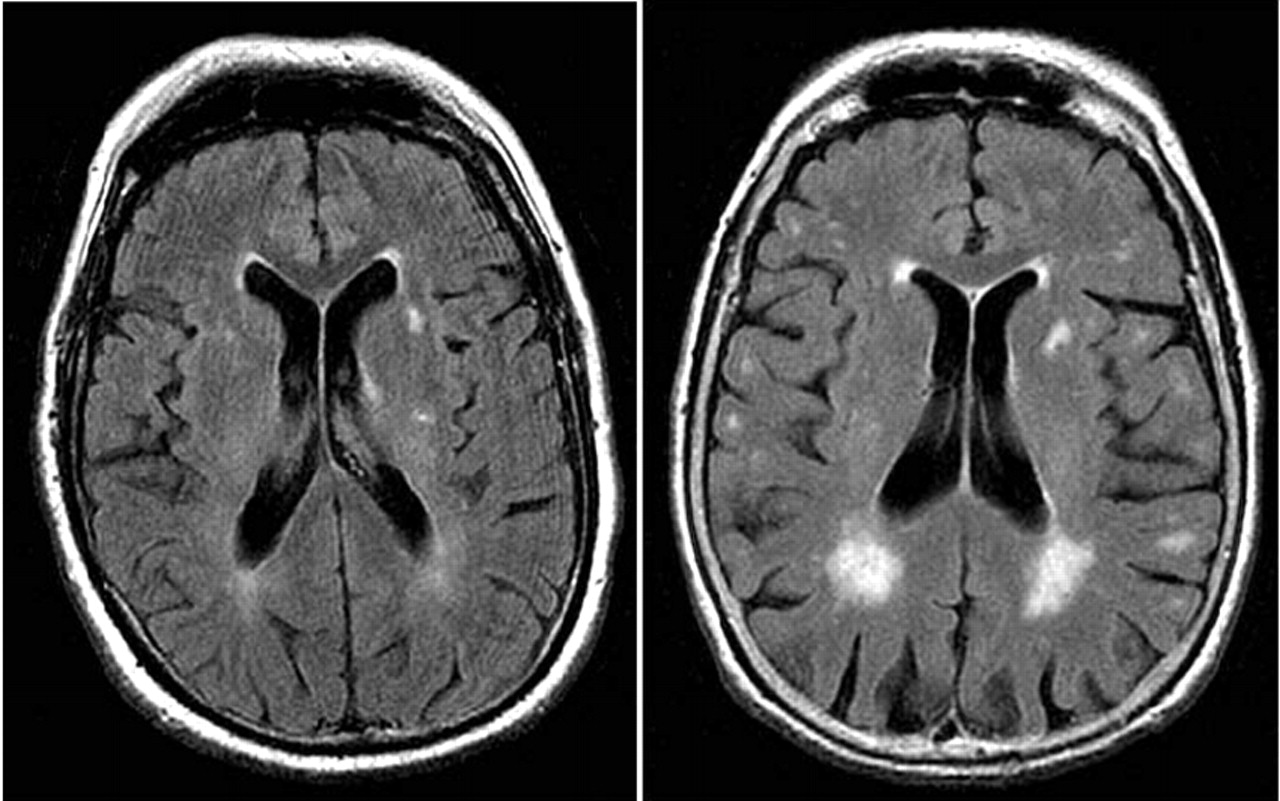 This is a second part of an introductory post on machine learning. It is based on a practical project I worked on at ETH. Here I give you an explanation of two crucial steps in machine learning pipeline – Model selection and Validation. I then wrap up with some useful takeaways from the project, that you can eventually use in your own work and concise summary. If you missed the first part of the post, or just feel you could use a refresher, you can find it here.

Although we have discussed quite few steps so far, they were only preparatory (albeit necessary and crucial) and it is only now, in model selection phase, that we actually get our hands on machine learning algorithms. We can further divide this phase into two steps – training and validation. Let’s look at training first. In the scope of our project we needed to deal with both regression and classification, here I will describe the latter one as it is perhaps more intuitive and again, I will illustrate it on an example from our project. Recalling the task at hand – to disambiguate between mentally healthy and sick patients from an MRI scan, we can imagine a simplified scenario where each brain scan is described by single two-dimensional vector of features. Further, assume that they form two point-clouds that are perfectly linearly separable as show in the figure: 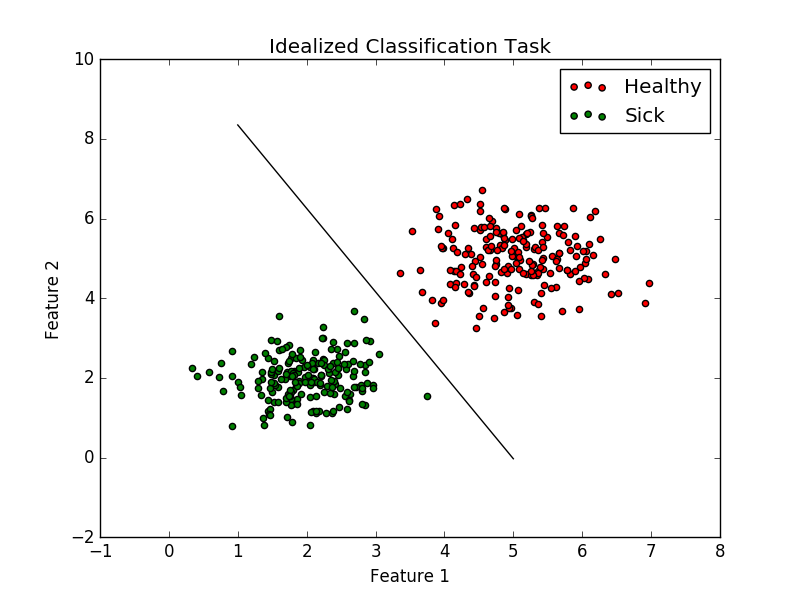 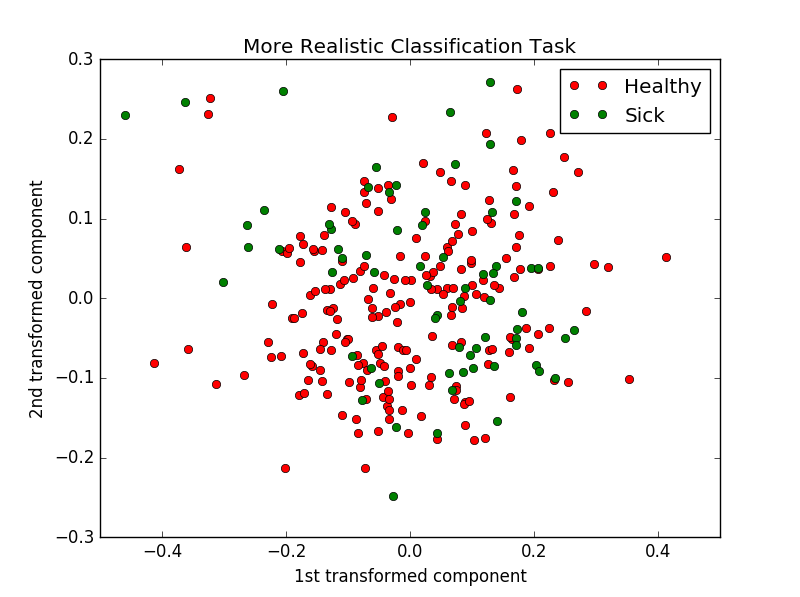 We may than write down an equation of line that divides the two-dimensional space into two half-planes. Whenever we make a new observation (take an MRI of a new patient), his brain, described by two feature vector, will fall to one of those two regions and we will label it accordingly as ‘healthy’ or ‘sick’.

Now the situation is usually by far not that simple. First, recall that our feature vectors are n-dimensional, where n is of the order of hundreds (more precisely \(27 \times 35\ = 945\)). We may try projecting our point-clouds onto 2 dimensions, but we will likely end up with something looking like what is shown in figure above. It follows intuitively that we will have to go for something more complex than a line to separate these clusters. Nevertheless, mathematically there is no fundamental difference to how we will attempt to solve the task.

In the most general terms, proceeding with the classification example, we look for a function that, given input vector, outputs a prediction, i.e. in this case either 0 or 1, which minimizes some objective. This function is defined by set of parameters. The common objective to minimize is so called loss function which takes our prediction, true label and outputs a value that represents a penalization for misclassification. In mathematical notation, this is expressed as follows:

Where \(\mathbf{\theta^{*}}\) is the vector of optimal parameters, \(\mathcal{L}(\cdot)\) is a loss function, \(f(\cdot)\) is a function that gives us our prediction, \(X\) is a matrix of dimensions N×D, N and D being number of samples and features respectively, and \(t\) is a vector of true labels.

Let’s look at an example to understand this better. If the patient is healthy and we predict 0 (0 meaning no sickness), then the loss will be zero. Contrary, when we would predict 1, meaning presence of sickness, then the loss will be some nonzero value. If we take a step back and look at the problem for a while, we will easily see that we are attempting no more than function-fitting here. Of course, the number of dimensions, accessory constraints, further elements of the pipeline and the richness of the machine learning field make it rather a fancy kind of function fitting. This is nevertheless to show, that one shouldn’t expect magic to happen when confronted with machine learning algorithms. It is just math that happens to receive a lot of hype.

Let’s proceed now to the second part of model selection phase – validation. As you might have noticed, the ideal predictor function one would obtain from training phase is the one that gives 0 training loss, meaning that all samples were classified correctly. This appears desirable, but only to a point when one takes a look at decision boundaries of such a function. For illustration, let’s look how they may look like in such a case: 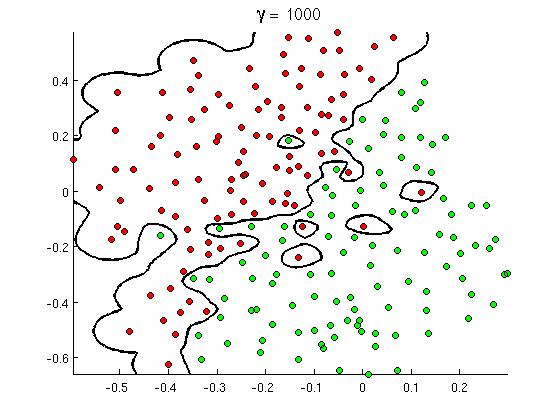 Fig. 7: Class boundaries after minimizing training error, notice that although the error is zero, the result isn't satisfactory as it is a case of overfitting (Image Source)

As can be seen, even if the function is optimal in a sense of giving lowest possible training loss (exactly zero as all points are classified correctly), it is by far not a good representation of the underlying structure in our data. Imagine trying to classify a new patient (ie. datapoint in this 2D plot) that falls into a region where the blue question mark is. Intuitively we would assign him among healthy patients, contrary to the, the classifier we trained will label it as sick. In other terms, the model we have obtained from training phase does poor job generalizing to new observations, we also say that we have “overfitted to training data”. It is such a prominent pitfall in machine learning that there is even an Acappella song to help you remember it and avoid it.

There are various measures one can take to address this issue. Their nature lies in estimating the generalization error of a model obtained in training phase and selection of such a model that minimizes it. Thus, one would usually define several models to be trained and then evaluate their performance on unseen samples to estimate generalization error and then opt for the one that is the most consistent, i.e. that generalizes the best. Here we come back to how useful it is to have ample data. In ideal case scenario, we would train a model on part of our dataset and evaluate it on another, that wasn’t used in training. The issue with this approach is that only rarely one has enough data to do it. This is because by holding out data from training, we arrive to a model that is too simple, we also say it has a high bias. To attenuate this, we look for approaches that put aside only small portion of samples for training from dataset. To still provide good estimate of the generalization error, we do this repeatedly and track the total error.

Let’s take a look at an example from our project again and let’s focus only on one type of a model to be trained. This still allows the situation at hand to be sufficiently complex as practically every model type is parametrized by a set of so called hyperparameters, effectively yielding whole family of models that are to be first trained and then validated. In the case of our project, and again, considering classification task, we most frequently used Support Vector Machine Classifier with Radial-basis function kernel (if you are getting lost in terminology, don’t worry, radial-basis function kernel is just a function that measures distance between points). This model has two hyperparameters, namely penalty and bandwidth (In brief these indicate how tolerant with respect to a point that gets misclassified we are and how much is our labeling of a datapoint influenced by its neighbors). We than defined range of possible values for those parameters. The rest of the job, we offloaded to off-the-shelf validation procedure GridSearchCV from scikit-learn (great Python module featuring wide array of tools for machine learning). This routine enables one to select combinations of hyperparameters and strategy for selecting samples for validation – for this we selected 10-fold cross validation (This means that in each run, model is trained on 9/10 of data and 1/10 is left out for validation. The data are reassigned after each run so that after 10 runs all samples were used exactly once for validation.)

The GridSearch routine outputs a validation error for each model it is provided with. To increase robustness (i.e. to make the model generalize better on unseen data), we ran it several times on randomly shuffled samples and calculated standard deviation among runs. As a final selection measure, we used \(mean\ error \times standard\ deviation\) among runs. The model that minimizes this metric is selected for final classification.

At this point, we are basically finished with the task as described above. In the case of our project this means that we can save our predictions to a file and submit it to Kaggle (an online platform for administering big machine learning projects and competitions that hosts also university projects) to obtain a score on how well did we fare.

Although this sounds trivial, there are still some things to keep an eye on. First, the score is computed based on another portion of dataset that one isn’t allowed to access. As we are allowed to submit the solution repeatedly, it is inevitable (the less experience one has the more likely so) to try to achieve the best score. This in practice means, that there is leakage of information from the ‘hidden’ data to the model being trained. And this in turn means that we are on the best track to overfit again. This is because Kaggle uses only one half of the held-out dataset to compute the score, and usually the more we try to optimize on the available half, the worse the final score, that is based on the other half, will be. In the first two parts of the project, we made exactly this mistake, and although our predictions scored well on public leaderboard, we did poorly on the private one. For the last part of the project, we increased the robustness of model selection procedure (for example by implementing the GridSearchCV, tracking standard deviation among runs of random permutation of data, etc…) and this allowed us to perform well above average.

As a final part of this post, I will share with you some tips regarding the just-described procedure. Those are the things I wish I knew at the beginning at the project, because they would save us many valuable hours. My hope is that you can make use of these tips in some of your project of your own.

So that was it, you should have now an idea what happens behind the scenes when Machine Learning is referred to, what are the most important parts of the learning pipeline, what is it capable of and where some bottlenecks may be. In the scope of this post, I didn’t endeavor to go into details of the mathematical background of respective parts of the pipeline, neither did I discussed how to implement them in code. Although both very interesting, it would be out of scope of an introductory post. If you would like to find out more about the former, than I recommend you to check out some MOOCs or get a book that approaches the topic from viewpoint of statistics. If you want to find out more on how are the algorithms implemented in code, than take a look at scikit-learn documentation. Combination of both is enough to get you started exploring the richness of the machine learning on your own.